7 Jobs that Won’t be Automated

Automation is a practice that comes with a substantial amount of utility. For many small businesses, even automating menial tasks can significantly improve productivity and overall revenue.

Unfortunately, there’s a large amount of fear that surrounds automation. It’s even progressed to the point where employees immediately assume they’re being replaced when automated tasks begin to become more prevalent.

Although the mass hysteria regarding automation is largely unfounded, there’s a handful of jobs that will never be fully replaced by this technology.

Let’s take a look at everything you need to know about jobs that won’t be automated.

Although there are thousands of potential applications for automation software, those who work in education don’t need to worry about being completely replaced by machines. This is due to the fact that it will always be necessary for a human instructor to interact with students.

Automation can help streamline certain aspects of learning (such as grading assignments), but the raw communication associated with a teacher-student relationship is something that can’t be emulated by this technology, so teaching jobs will not be automated anytime soon. This becomes increasingly true for those with special needs or when teaching particularly difficult topics.

Since the healthcare industry is so inherently complex, it’s impossible for automation software to replace healthcare workers.

As with education, automation does have a place, though. Medical billing, for example, can make use of this technology to help increase overall efficiency. This extra productivity can then translate into better patient care.

When it comes to the typical responsibilities of a medical professional, however, there are very few instances where automation is the superior option. In the future, we’ll most likely see automation being used as a way to assist with menial tasks to help make the role of a medical professional more streamlined, allowing them to focus on their more important obligations, but medical jobs will not be heavily automated.

While it’s logical to have machines perform certain low-level tasks, it’s not a feasible option to put machines in upper-level management roles. Even lower-level management employees are still a necessity solely for their capability to hold automation software accountable for mistakes that it makes.

Put simply, management positions are among the jobs that won’t be automated because there will always be the need for someone to watch over the machines that are at work. Even if your automation ecosystem is configured properly, any errors that arise will likely go on resolved and have significant consequences in the future.

TALK TO AN EXPERT TODAY

Laws themselves are concrete. But there are countless different ways in which laws could be applied to relevant scenarios.

Trusting a machine to make all the decisions that a lawyer would normally make would nearly always result in unsatisfactory performance. Since there are so many nuances associated with the role of an attorney, a human element will always need to be present, which means that legal jobs will not be automated in the foreseeable future.

Fortunately, though, lawyers can make use of automation in other ways, such as generating and processing documents.

Out of all the occupations that are safe from being replaced by automation software, psychologists and counselors are some of the most noteworthy.

These roles by definition require a human element in order to sufficiently fulfill the required obligations.

For example, imagine speaking with artificial intelligence instead of an actual person during your counseling session. While its responses may seem human (and may even offer objectively good advice in some cases), it will never be able to understand the same way an actual person would.

So, these roles (and any others that heavily involved in your personal communication) are at low risk of being impacted by the development of automation technology.

In the past, many creatives began to worry about the safety of their occupation as automation began to become more comprehensive. This was especially true once automation software reached the point where it could detect errors in written text, make adjustments to graphic design, etc.

When it comes to creating content, though, automation still falls far short of what a professional would be able to produce, which puts content creation among the jobs that won’t be automated.

While this may eventually change far down the road, creative positions are is more than likely to have notable job security for the foreseeable future. Moreover, there will always be the need for a human touch when it comes to art in any form.

Having an automated worker perform a systems analyst role will essentially allow the technology to do nearly anything unimpeded. As you may guess, this can quickly result in catastrophic consequences for a business.

A common example would be for an automated systems analyst failing to detect a critical security error that later results in a data breach.

Interestingly, the demand for this position will grow significantly as automation expands to other roles. The more common automation technology becomes, the more of a requirement it will be for someone to manage it properly.

So, those who have occupations in this niche don’t need to worry about their jobs being automated as technology evolves (and will actually benefit from it in the future).

Discover the Jobs that Will be Automated in 2020 and Beyond

THESE ARE JOBS THAT WON’T BE AUTOMATED

So, rest assured that anyone in these occupations is safe from the advancement of this technology. When working jobs that won’t be automated, it’s imperative to spend less time worrying about your employment and more time cultivating your skills as a professional.

Want to learn more about how we can help? Feel free to get in touch with us today to see what we can do.

Find out how MHC solutions can help your business accelerate automation. 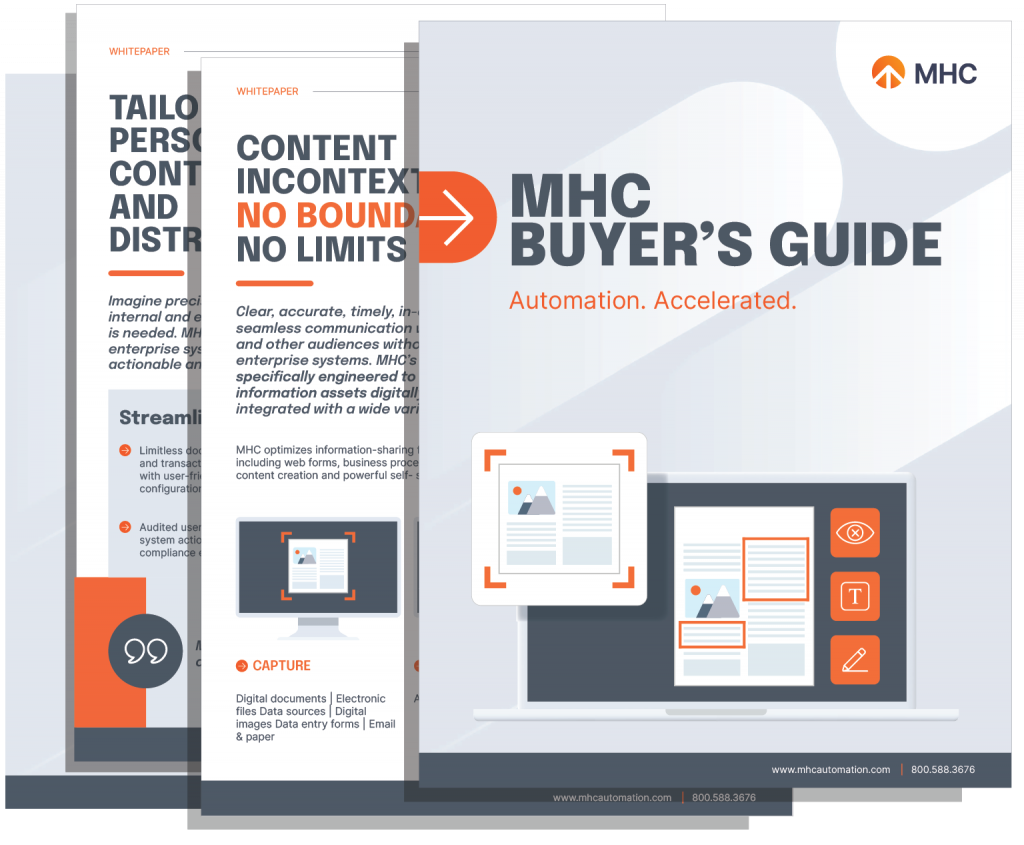