OCR: What is Optical Character Recognition?

Have you ever had the tedious task of manually typing physical documents into a digital database? That sort of data entry can take days. Yet for many law clerks, hospital workers, historians, and even enterprise accounting staff, this is reality.

Luckily, more and more businesses have begun taking advantage of a technology called optical character recognition (OCR) that helps prevent the headaches that come along with data entry. This article will explain what OCR is, how it works, its benefits, and how to put it into practice.

OCR is a method of recognizing and transforming images of handwritten or printed text into code that computers can analyze – essentially, OCR is the technology that allows computers to read pictures of text. OCR is one of the main data capture methods.

OCR systems are typically a blend of software and hardware. Hardware like scanners create images of the text, while the software processes and transforms the data, often leveraging artificial intelligence to interpret handwriting and special characters.

How Does OCR Work?

To understand how OCR works, it’s helpful to first think about how we humans are able to perceive text. When we read, our eyes detect patterns of dark and light. Our eyes then send messages relaying these patterns of light and dark to the brain. Then, the brain interprets the patterns and recognizes them as text with associated meaning. While this feedback loop is second nature to you, it’s not for a computer. This is where OCR comes into play.

Just like us, to “read” something, a computer has to “see” it first. But instead of eyes, computers rely on data capture via an OCR system. The system begins by scanning a physical document and converting it into a graphic file. Computers can’t immediately distinguish between this picture of text or any other image. So next, the OCR software picks up on the shading gradients in the file. Light areas signify background whereas dark areas indicate characters.

Now that the system has “seen” the image and its patterns of light and dark, it needs to “read” it to make sense of what’s actually on the page. To do this, the OCR system then analyzes the dark areas further in order to identify letters and digits. This happens in one of two ways: pattern recognition and feature detection.

Pattern recognition works by feeding an OCR algorithm many variations of the same character again and again so that eventually, it can recognize that letter no matter what it looks like. Think about it: Each letter looks slightly different depending on the font or a person’s handwriting. For instance, two different men might be named John Smith, but their signatures probably look very different. But by repeatedly presenting the algorithm with these variations, over time, it’s able to easily recognize each letter.

Feature detection, on the other hand, is based on specific rules regarding (as the term suggests) the features of each character: angled lines, straight lines, curves, etc. These rules dictate what letters or numbers the algorithm will perceive. For example, the lowercase letter “i” might be coded as a vertical line three-fifths of the way up the line with a dot on top. Instead of learning to spot different variations of letters and characters, an OCR algorithm can use these rules—which typically hold true regardless of font or handwriting—to read what it’s seeing. 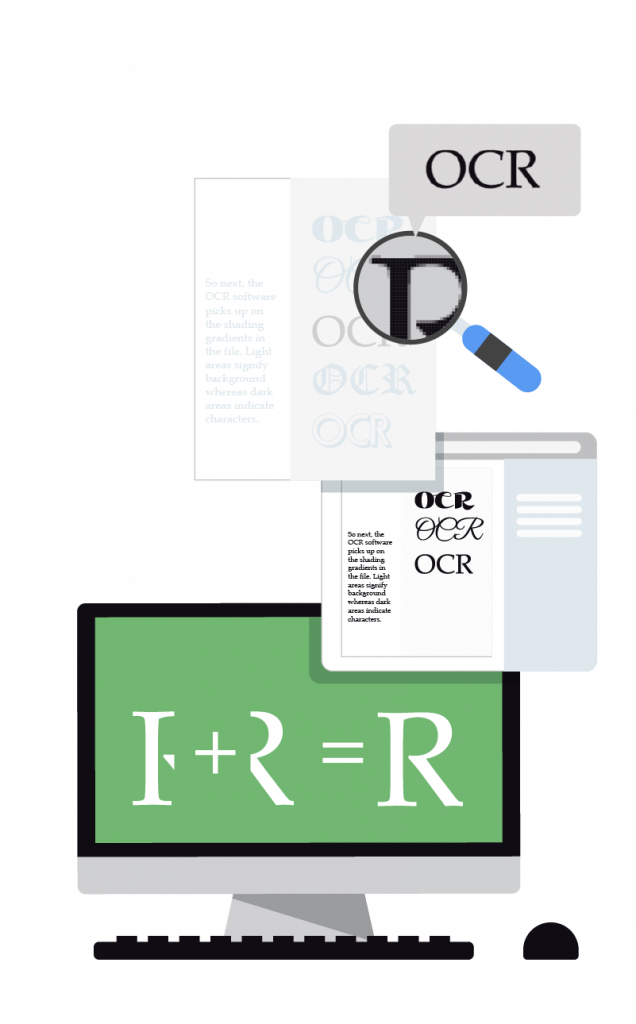 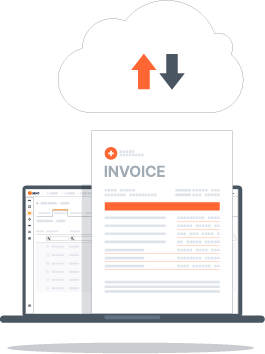 With our next-gen solution, you can now process invoices from end-to-end at scale. Not only reduce late payments, but increase potential early pay discounts. Set your sights for MHC NorthStar and navigate your AP team to process nirvana.

What are the Benefits of Using OCR? 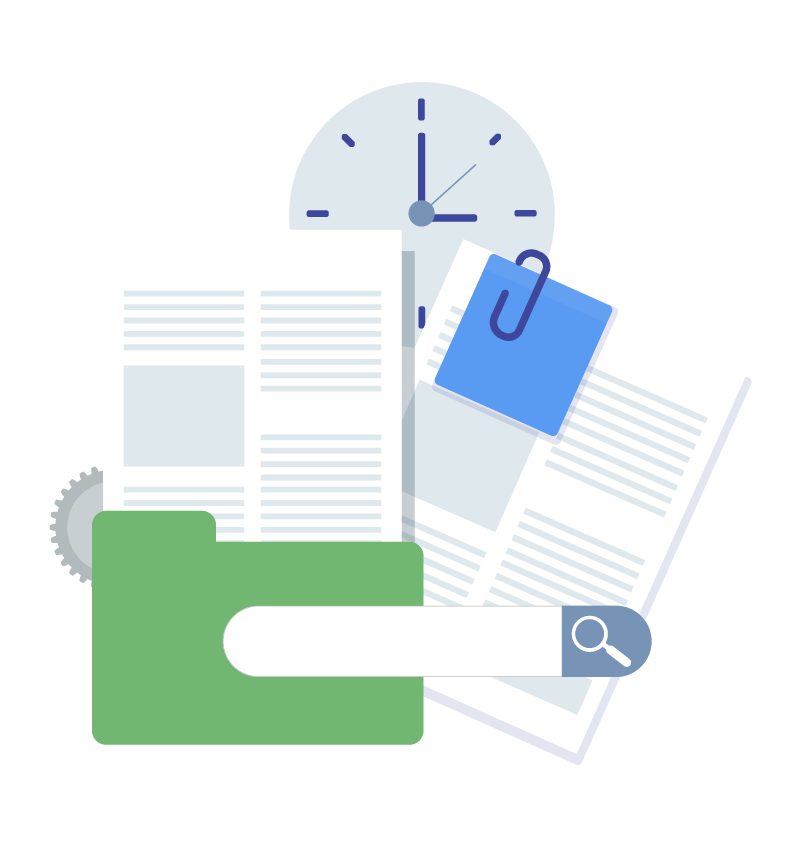 Although the mechanisms behind OCR are slightly complex, its benefits are clear. One major advantage is that OCR makes digital files more accessible to people with disabilities. The machine-readable text that OCR helps generate can integrate with screen readers and screen synthesizers, making it easy for people who are blind or who have visual impairments to know what’s on the screen.

Another benefit of OCR is the fact that it cuts down on data entry errors. Manually entering information is monotonous, and people will make mistakes. Some research shows that when it comes to spreadsheet data entry, people’s error rates range between one and four percent. That might not sound like much, but considering how much data companies typically handle, those small mistakes add up.  OCR ensures nothing gets lost in translation.

Perhaps the biggest benefit of all is that OCR helps save you time. By converting images of text into something that’s computer-readable, OCR makes digitizing files a breeze. Once those files are in your document management system, you can easily find what you’re looking for with keyword search.  And as we all know, especially in the world of business, time is money.

Due to OCR’s numerous benefits, many commercial industries that have traditionally been paper-heavy, like travel and banking, are fully embracing the technology. For instance, services and products like mobile check deposits, electronic boarding passes, passport scanning, and more are all possible thanks to OCR.

But it’s not just commercial businesses that have found compelling applications of OCR—the technology can be helpful at the enterprise level, too.

OCR at the Enterprise Level

Apart from the more common use cases mentioned above, sectors like healthcare, government, and higher education rely heavily on OCR. Hospitals can digitize years of records; local branches of government can convert decades of filed-away legal documents; colleges can process employee HR paperwork in a snap.

But perhaps the most important application of OCR at the enterprise level is how it can transform a business’s accounting department. OCR digitizes bills, invoices, receipts, and more to make sure your organization is paying bills accurately and on time. It even helps automate invoice processing. These sorts of efficiencies compound: Digitizing your finances also helps surface long-term trends, pinpoint loss leaders, determine effects of seasonality, and highlight areas where you are overpaying.

Incorporating OCR into Your Workflow

By now, you know that data entry isn’t just boring and error-prone—it’s an unnecessary evil. OCR has revolutionized countless industries by converting physical text into digital formats, an action that has many downstream impacts that save businesses precious time and money.

However, many of these benefits are best realized when you pair OCR with a good document management system. Once documents and their contents are digitized, the possibilities are endless. You can edit original text, better secure files, and easily find what you’re looking for.

MHC pairs best-in-class OCR technology with a document management system that can support any business. Users have access to features like straight-through invoice processing, automated approval routing, and more. Interested? Request a personalized demo and see our platform in action today!

The Perks of Automation in Accounting

Find out how you can streamline your accounting process with automation.
DOWNLOAD NOW 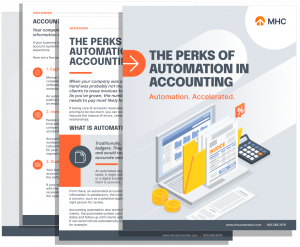